History of Mapping: Cartography to Digital and Everything in Between (Part 1)

While we are often focused on the current and future states of mapping, we rarely get a chance to examine historical methods and how they have had an impact on how we do things today. We want to pay homage to the many different types and styles of mapping, and dig into how we got to where we are. Welcome to Mappedin’s History of Mapping. 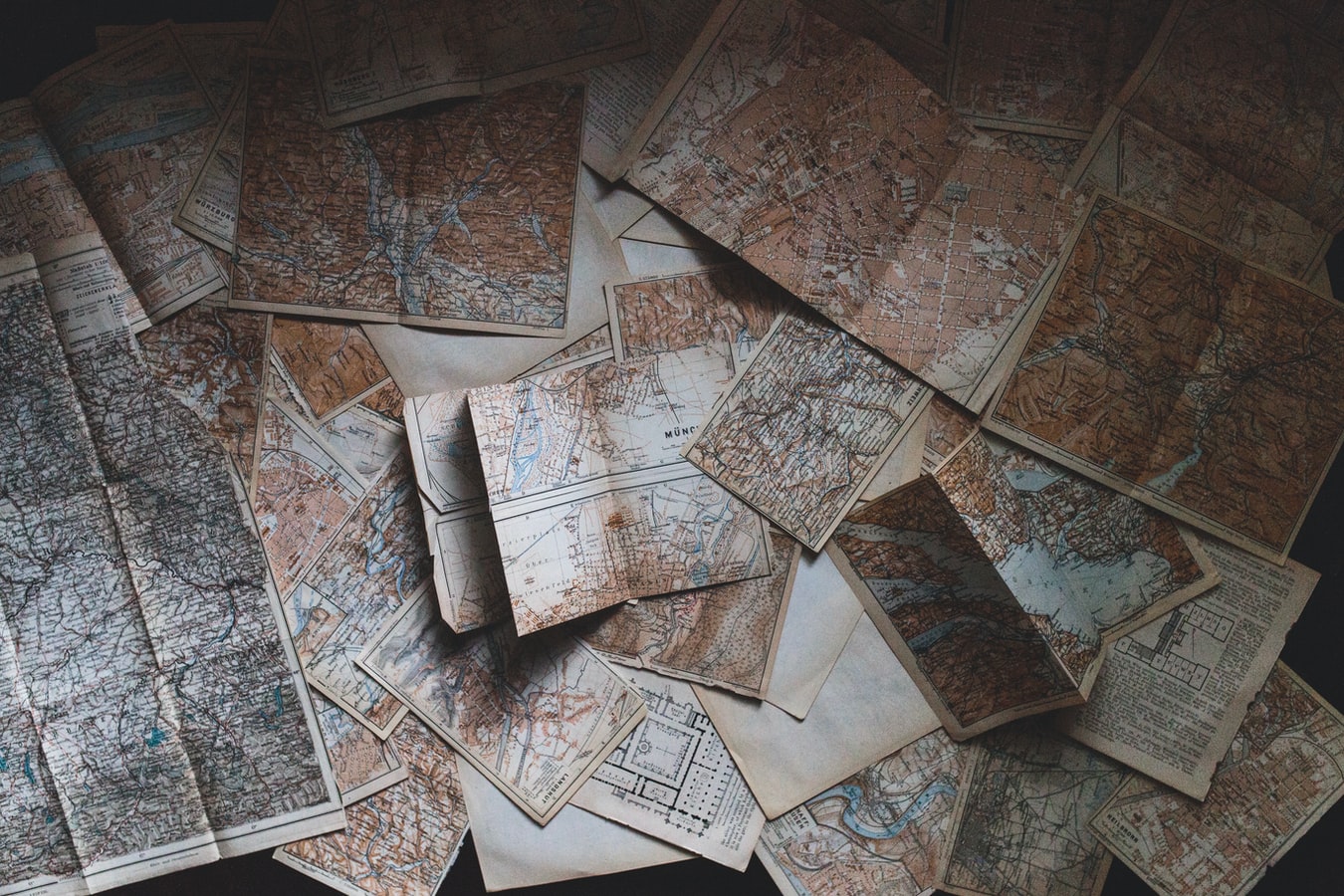 As we continue to move through the timeline of mapping and how it has lead us to where we are today, the concept of what defines a "space" continues to come up. Defining a space has encountered many different meanings over the centuries. Spaces have meaning for different people and different reasons. The same space may even provide different meanings for a number of people, like Stonehenge. Accordingly, people used various approaches to visually represent spaces in the past. Societies had to find a common visual language with which they could refer to the spaces they shared.

Historically, mapping has been associated with the outdoors while also tying to these shared spaces at a higher level. Over time, consistencies and patterns showed up with regards to how humanity has represented the outdoors. Explorers, tradesmen, and ambassadors alike used maps for the biggest of big pictures - mapping out unknown lands, resources, and peoples.

Maps evolved from the “Here be dragons” mindset, indicating unexplored areas as full of monsters or supernatural elements. As humanity’s understanding of the world grew, so did maps to reflect that understanding. Circular maps used to be the style when we thought the Sun revolved around the Earth, and then further on as we learned that the Earth itself is round. 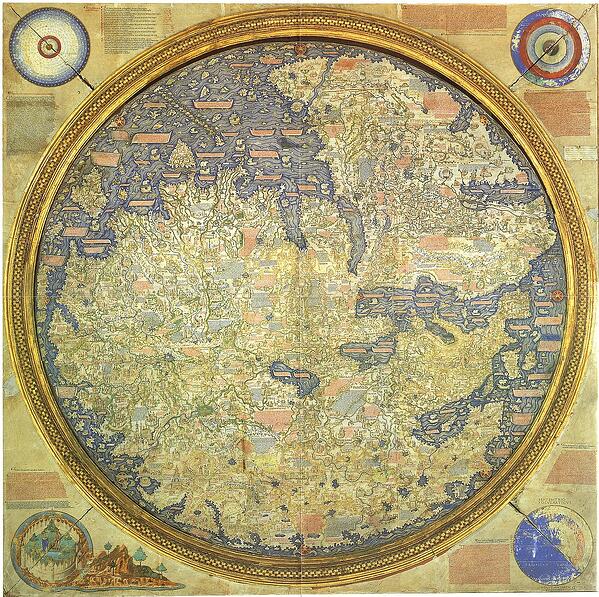 The Fra Mauro Map was created by an Italian cartographer in 1459 and is known to be the most accurate and detailed representation of the world that had been produced up to that point. Interestingly, it is oriented with the South at the top of the map.

Historically, there were less examples of indoor spaces that were large or complex enough to require a map or directions in order to navigate. The documents that may have existed, if any, for the time period would have been floor plans for building or expansion purposes. One notable exception from history is the Edo Castle map, detailing out the interior and fortifications of the structure in feudal Japan on the eve of a great battle. While the purpose was to fully expand on the defense capabilities of the castle, it also served as a historical stamp at the time that has been used to restore or re-imagine the historical structure based on what remains today. 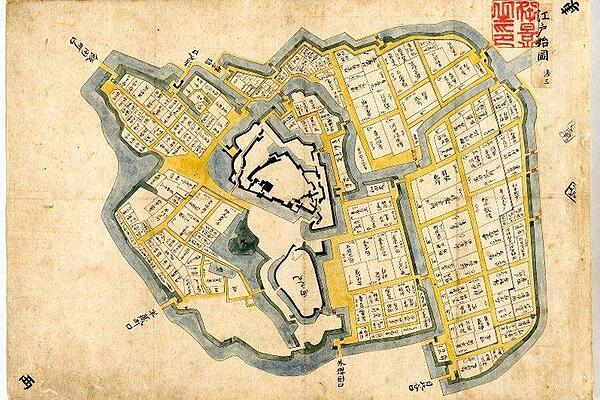 Maps evolved over time, both in style and in use cases. Maps are fundamentally a result of what people need them to do. We need them to mark important resources, to identify hidden treasures, and most importantly, to not lose our way. As structures grew both in size and in purpose, the need for being able to find your way around grew with it. The outdoor principles that applied to mapping are also applied to indoor mapping. These are the guiding principles for creating indoor maps specifically to direct people around an area rather than for business purposes (repairs, utilities, engineering, etc).

In fictional examples, it could be argued that Hogwarts is an example of a large mixed-use space that required a (dynamically changing, even!) map to navigate.

It is clear that the importance of wayfinding is not a new one, even with the addition of technology. As mapping purposes grew to evolve from mapping the unknown to better mapping the known, the issue of standards arose again. And this time, it was not only standards that needed to be considered; the purpose and major use case for the map was also crucial to understand. Indoor maps largely consisted of AutoCAD maps, blueprints, or architectural versions. While there was much precedence for outdoor maps, there was almost no precedence for indoor maps or how they should be set up to suit multipurpose needs.

Check out, part two of this blog and join us as we explore how indoor maps have evolved to suit multi-purpose needs, and what they bring from history into the future.

The Evolution of Indoor Mapping

Indoor maps have been digitized but their evolution goes far beyond this change. The way they are designed, maintained, and used have all transformed. In this blog, we will examine...

The Importance of a Digital Indoor Map

There are a unique set of challenges when creating an indoor map, even before it is digitized. Having a digital indoor map, however, yields accuracies, efficiencies, and experiences.  All over the...

History of Mapping: Cartography to Digital and Everything in Between (Part 2)

While we are often focused on the current and future states of mapping and wayfinding, we rarely get a chance to examine historical methods and how they have had an...